Aston Villa Football Club is a professional association football club based in Aston, Birmingham, that plays in the Championship, the second level of English football. Founded in 1874, they have played at their current home ground, Villa Park, since 1897. Aston Villa were the originators and founding members of the Football League in 1888. They were also founding members of the Premier League in 1992.In June 2016, the club was sold by American businessman Randy Lerner to Recon Group, owned by Chinese businessman Dr Tony Jiantong Xia.

Aston Villa are one of the oldest and most successful football clubs in the history of English football. Villa won the 1981–82 European Cup, and are thus one of five English clubs to win what is now the UEFA Champions League. They have the fifth highest total of major honours won by an English club, having won the First Division Championship seven times, the FA Cup seven times, the Football League Cup five times, and the European Cup and UEFA Super Cup double in 1982.

The 1981–82 season of the European Cup football club tournament was won for the only time by Aston Villa in the final against Bayern Munich. 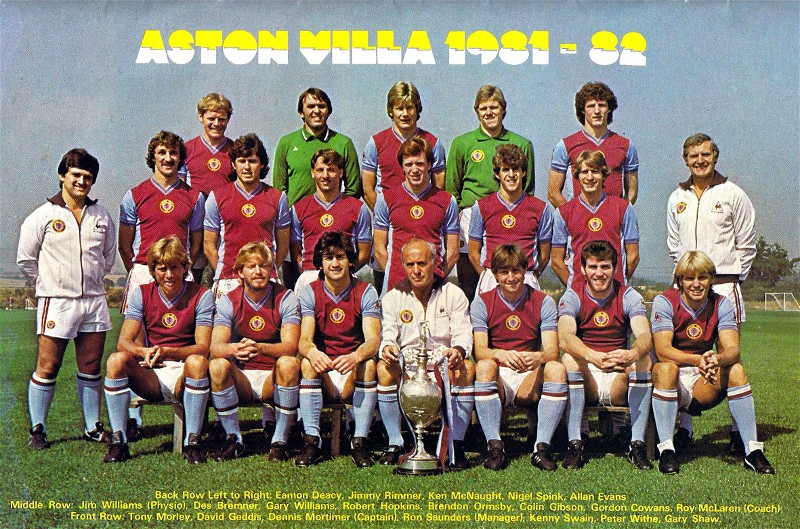 They have a fierce local rivalry with Birmingham City. The Second City derby between Aston Villa and Birmingham City has been played since 1879. The club's traditional kit colours are claret shirts with sky blue sleeves, white shorts and sky blue socks. Their traditional badge is of a rampant lion, which was introduced by the club's Scottish chairman William McGregor in honour of the Royal Standard of Scotland. 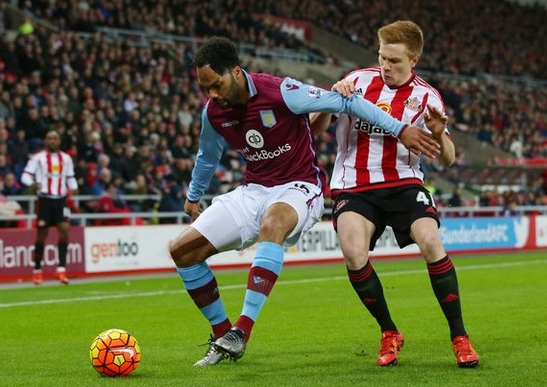 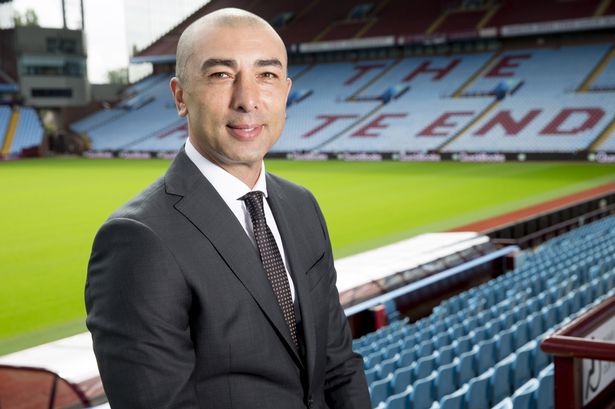 Roberto Di Matteo is an Italian former professional footballer and manager. He is the manager of Championship club Aston Villa. During his playing career as a midfielder, he played for Swiss clubs Schaffhausen, Zürich and Aarau before joining Lazio of Italy and Chelsea of England. He was capped 34 times for Italy, scoring two goals, and played in UEFA Euro 1996 and the 1998 FIFA World Cup. He retired as a player in February 2002 at the age of 31 following injury problems.

Di Matteo has managed Milton Keynes Dons, West Bromwich Albion and Chelsea. As caretaker manager of Chelsea, he steered the club to double title success, winning both the FA Cup and the club's first UEFA Champions League title in 2012, but was dismissed later that year. He then went on to coach Schalke 04 until May 2015 when he departed after seven months in charge. On 2 June 2016, Di Matteo was announced as the new manager of Aston Villa.

A new style of play

Villa are fitter than ever before and fired up for the challenge ahead. Di Matteo wants his side to press high and quick with the aim of winning back possession as soon as possible. Villa still need to find their feet when in possession but the hope is that will develop in time.

The manager knows other teams will have an advantage having worked under a certain leadership for longer than the claret and blues. Villa’s players have been worked hard and well-drilled this summer, though, so they should be ready. As the season progresses, Villa fans will start to enjoy it. I’m convinced of that. They will win more games than they lose, surely. And that toxic atmosphere from last season will soon disappear.

Villa Park is a football stadium in Aston, Birmingham, England, with a seating capacity of 42,682. It has been the home of Aston Villa Football Club since 1897. The ground is less than a mile from both Witton and Aston railway stations and has hosted sixteen England internationals at senior level, the first in 1899 and the most recent in 2005. It was the first English ground to stage international football in three different centuries. Villa Park has hosted more FA Cup semi-finals than any other stadium, having hosted 55 matches in total. 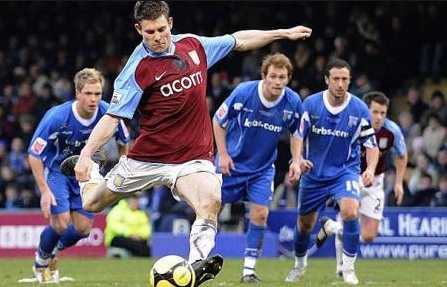 In 1897, Aston Villa moved into the Aston Lower Grounds, a sports ground in a Victorian amusement park in the former grounds of Aston Hall, a Jacobean stately home. The stadium has gone through various stages of renovation and development, resulting in the current stand configuration of the Holte End, Trinity Road Stand, North Stand and the Doug Ellis Stand. The club has initial planning permission to redevelop the North Stand, which will increase the capacity of Villa Park from 42,682 to approximately 50,000. 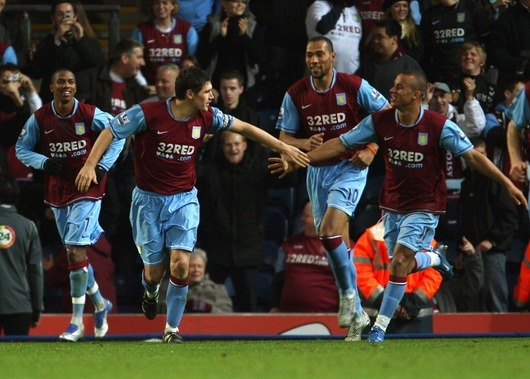 Before 1914, a cycling track ran around the perimeter of the pitch where regular cycling meetings were hosted as well as athletic events. Aside from football-related uses, the stadium has seen various concerts staged along with other sporting events including boxing matches and international rugby league and rugby union matches. In 1999, the last ever final of the UEFA Cup Winners' Cup took place at Villa Park. Villa Park also hosted the 2012 FA Community Shield, as Wembley Stadium was unavailable due to it staging the final of the Olympic football tournament. 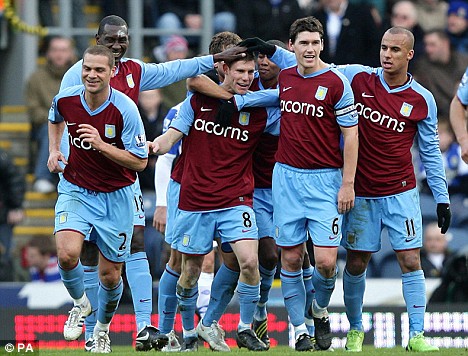 first-team longer and harder than any other pre-season at Bodymoor Heath.Remember when certain players kicked up a fuss when Gerard Houllier laid on a handful of double-sessions? Well those individuals wouldn’t last very long under this regime.

Di Matteo had his players in from 9am to 6pm during the first few weeks of summer training. In Austria he put on gruelling morning and evening sessions with a particular focus on team-building inbetween. It’s been the hardest pre-season to date for some players but those long runs and extensive technical drills will pay dividends in the end if Villa’s quality shines through. 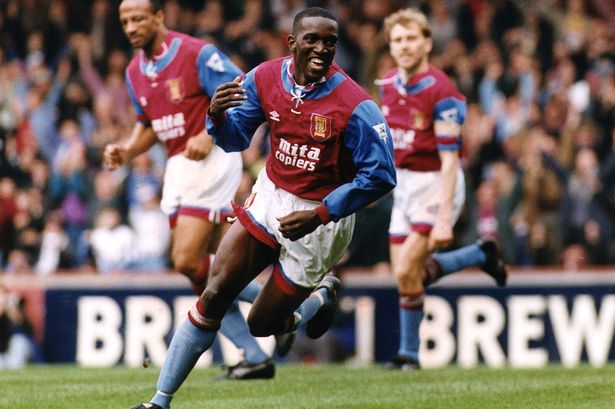 Di Matteo’s meticulous planning has left no stone unturned in his mission for immediate promotion back to the Premier League. Yet it’s not do-or-die this term, according to the Italian.Privately Di Matteo is going all out for promotion at the first attempt. It’s hard to imagine the 46-year-old still in the Villa Park hotseat this time next year if the club remains in the Championship. But clearly the task will not be simple.

Recruiting talented and passionate new recruits like Pierluigi Gollini, Tommy Elphick and Aaron Tshibola has helped change the focus in the first-team. All three immediately bought into the manager’s views and shunned top-flight opportunities in favour of the Midlands.Di Matteo wants to add to his squad before the end of the month. He refuses to put a number on the amount of new arrivals needed although clearly a creative midfielder and at least one new striker are needed.